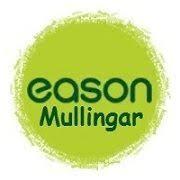 St Loman’s Mullingar began their Division 1 league campaign last Sunday morning in Tang. In the aftermath of storm of Jorge the conditions were as good as they could have been in the first match of the Declan Kelly era. Tang started the stronger with three points from placed balls. It could have been worse for the Blues had it not been for a superb one-on-one save from Dano Fitzsimons. The Blues responded with two frees from Ken Casey. Tang’s fourth point was quickly cancelled out by a lovely score from Rory Sheahan. Sheahan broke out of defence before laying off to Kevin Regan, Regan in-turn found Sheahan again who pointed excellently off his left boot. At the interval the score stood at four points to three in favour of the hosts.

The Saints started the second Half stronger with two frees either side of a Tang free from top Marksman Ken Casey leaving the Visitors a point to a good. However Tang soon regained the upper hand. A brilliant save from Fitzsimons in goal denied Tang originally, however it was a maroon jersey that was sharpest from the rebound and fired into the Blues’ net to leave the deficit at two points. After this save Fitzsimons had to be taken off with a head injury and Gareth Hickey was forced to fill in between the sticks. On a side note the club would like to thank Tang GAA and their pysio for their kind assistance with the injured player today. Casey then halved the deficit from a placed ball. The score of the match came deep into injury-time with a long-range effort from that man Casey going over after hitting the post to level the scores. Sean Carroll blew the full-time whistle and it ended in a stalemate.

It was certainly not a game to remember with a lot of stoppages, yellow cards and fouls. There were some good individual performances with Shane Flynn holding firm at the back, Rory Sheahan also showed a lot of promise in the wing-back role. However Ken Casey was undoubtedly the Blues stand out performer scoring seven out of Loman’s eight points. New Manager Declan Kelly will pleased with the Blues reaction following the concession of a goal from which they showed a lot of character.

Sing With The Saints:

We can confirm our Special guests for our annual fundraiser “Sing with the Saints”. Padraig Stephens with Leo Moran on guitar (best known from The Saw Doctors). We are delighted that both will join us in the Arts centre on the 21st and 22nd of March.

Tickets are now available on line at www.mullingarartscentre.ie

Sing with the Saints Launch:

We are delighted to welcome back Eason’s Mullingar as our main sponsor for our 2020 fundraiser ’Sing with the Saints’. The official launch takes this Friday (6th March) in Eason’s Mullingar store on Pearse St! Proceedings kick off at 6:30pm